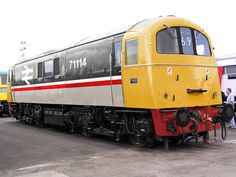 What if rather than being withdrawn in 1977, the class 71s were refurbished for use on the new Gatwick Express service instead of the class 73s? This image created by Paul Burkitt-Gray is based on a photo by Phil Scott distributed under the GNU free documentation license, and as such is released under the same license. 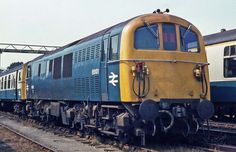 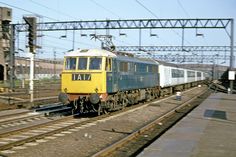 The morning Up Liverpool Pullman passes through Stafford behind Class AL6 25kV ac Bo-Bo E3106. 14th June 1968 Panned for a sharp pantograph! A high resolution scan of a Kodachrome II transparency and now given a five year refresh. 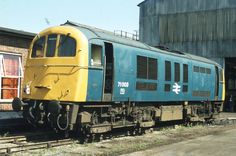 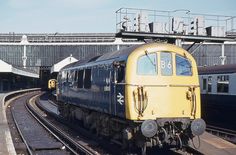 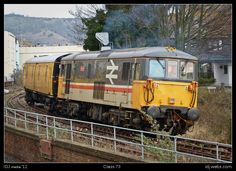 The Branch Line That Won't Die

Been a while since I posted what I consider to be rather "special" photos in my eyes. A Class 73 electric diesel loco, with a motor luggage van...

GNER 91019 "Scottish Enterprise" in push mode departs Doncaster with an up ECML express at Doncaster - c.07/1996. The actual date the image was made is unknown; the indication given is based on the film processing date imprinted on the original slide. 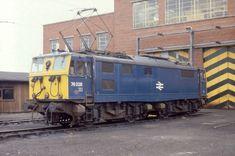 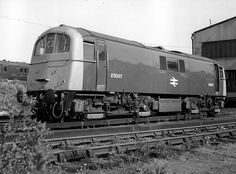 Freshly painted in the "new" rail blue livery, but still carrying it's pre-tops number E5007. Later to become 71007. You can just see one of the the old central division electric locos in the shed, which were known as hornbys, and would have been class 70, had they lasted long enough. May 30 1968. One of my earliest forays into railway photography, wish I had taken more at that time. 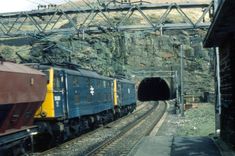 A train about to enter the western portal of Woodhead 3, shortly before closure in 1981

An unidentified Mk4 DVT at the London end of an up GNER ECML express at Doncaster - c.07/1996. The actual date the image was made is unknown; the indication given is based on the film processing date imprinted on the original slide. 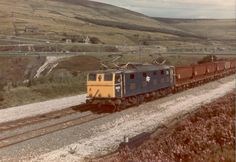 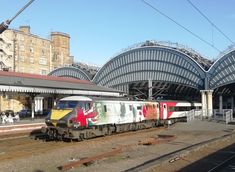 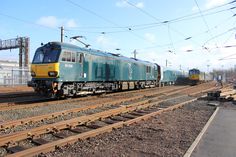 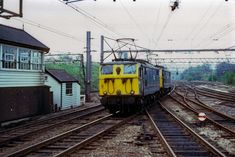