Exterior colonnade on the ground floor of the Stoa of Attalos. A stoa is a (covered walkway or portico) in the Agora of Athens, Greece. 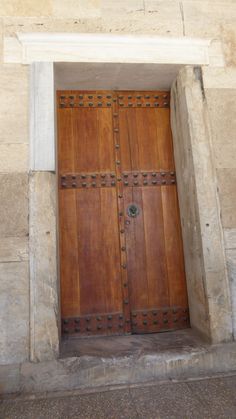 Door at the Stoa of Attalos at the Ancient Agora of Classical Athens the best-known example of an ancient Greek agora, located to the northwest of the Acropolis and bounded on the south by the hill of the Areopagus and on the west by the hill known as the Agoraios Kolonos, also called Market Hill. 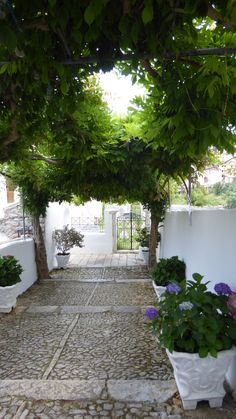 Courtyard entrance and gate to the Old Cemetery, Church of the Panayia Kassopitra, Kassiopi, Greece.

Walk on the grounds of the Mon Repos to visit the regency style palace, now a museum with art collections and archaeological finds from the excavations of ancient Corfu. Mon Repos is a villa on the island of Corfu, Greece. It lies south of Corfu City in the forest of Palaiopolis. Prince Philip, Duke of Edinburgh was born here on the 19th of June 1921.

Griffin gate in Greece. The griffin, griffon, or gryphon is a legendary creature with the body of a lion and the head and wings of an eagle. As the lion was traditionally considered the king of the beasts and the eagle was the king of the birds, the griffin was thought to be an especially powerful and majestic creature. 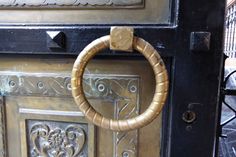 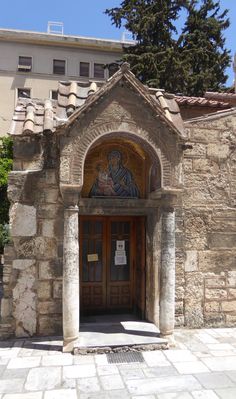 The Church of Panagia Kapnikarea is a Greek Orthodox church one of the oldest churches in Athens. Built some time in the 11th century, perhaps around 1050. Built over an ancient Greek pagan temple dedicated to the worship of a goddess, possibly Athena or Demeter. When King Otto I King of the Kingdom of Greece brought the Bavarian architect Leo von Klenze to draw the new city plan of Athens, the church was considered for demolition and it was the King of Bavaria, Ludwig I who saved the… 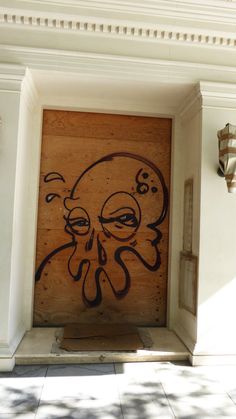 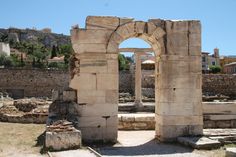 Archway ruin at the Library of Hadrian, foundations of what was once a cultural center (library, lecture halls, garden and art gallery), built by the Greek-loving Roman emperor for the Athenian citizens. 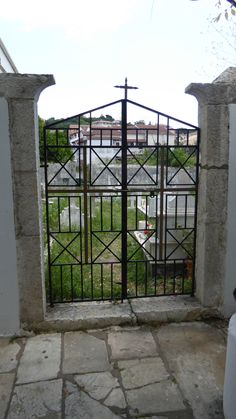 Entrance gate to the Old Cemetery, Church of the Panayia Kassopitra, Kassiopi, Greece. 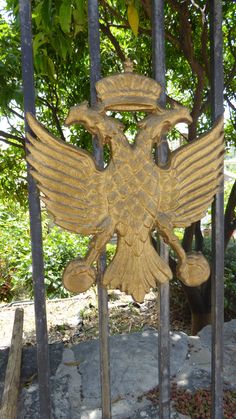 In heraldry and vexillology, the double-headed eagle is a charge associated with the concept of Empire. In modern Greece it appears in official use in the Hellenic Army (Coat of Arms of Hellenic Army General Staff) and the Hellenic Army XVI Infantry Division. Kassiopi, Greece. 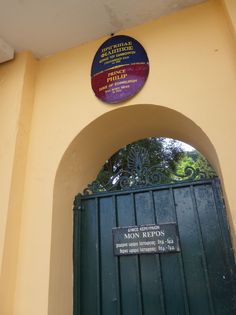 Mon Repos: Built as a summer residence for the British Lord High Commissioner of the United States of the Ionian Islands, Frederick Adam, and his 2nd wife Diamantina 'Nina' Palatino, in 1828–1831. King George I of the Hellenes used it as a summer residence. Several royal births have taken place at the villa, including those of Prince Philip, Duke of Edinburgh on 10 June 1921, and Princess Alexia of Greece and Denmark on 10 July 1965. Museum of Palaeopolis, Greece

The Esplanade or Spianada in old Corfu town is the large park area running between the town and the old fortress. Liston is a long building running alongside the Esplanade. With its beautiful vaulted galleries, archways and hanging lanterns the Liston was constructed in 1807 during French rule, it was designed by the French Engineer Lesseps, to be a copy in miniature of the rue de Rivoli in Paris. The Liston is now home to a range of coffee shops and restaurants. Greece 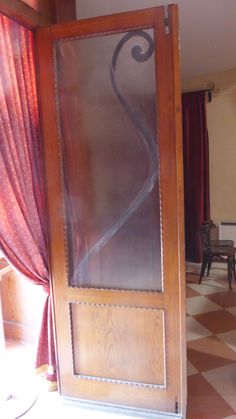 Cathedral of St James and St Christopher in Corfu, Greece. The old cathedral was located in the Old Fortress of Corfu and was dedicated to the apostles Peter and Paul. This temple was one of the oldest monuments of the old fortress and was originally an Orthodox Cathedral which from the 13th to the 17th century was the cathedral of the city's Catholics. 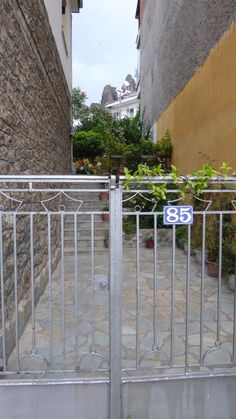 Entrance gate at a residence in Metéora, Greece.