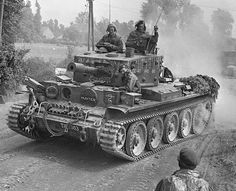 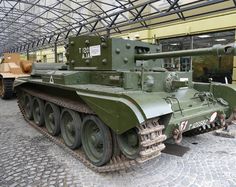 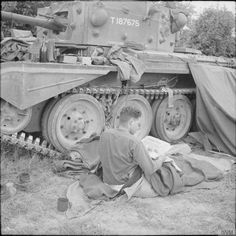 THE BRITISH ARMY IN THE NORMANDY CAMPAIGN 1944

British Cromwell tanks assembled for Operation Goodwood, the attempted breakout from the D Day beachhead in July 1944. The operation was a tactical failure but a strategic success: the Germans used the bulk of their Armour in Normandy to contain it, leaving little to oppose the US Operation Cobra, which broke out a few days later. 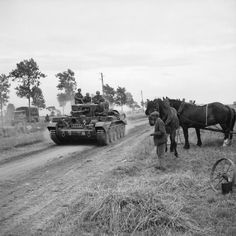 THE BRITISH ARMY IN NORMANDY 1944 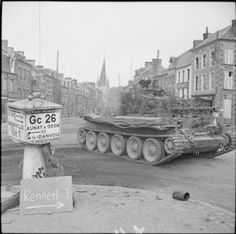 AUG 15 1944 The Gordon Highlanders push forward in Normandy A Cromwell tank of 2nd Northamptonshire Yeomanry, 11th Armoured Division, driving through Vassy, 15th August 1944. 11th Armoured was making good progress at this time, advancing south as part of VIII Corps on the British right flank. At the end of the month 2nd NY was disbanded and most of its tanks and crews posted to 7th Armoured Division. Its place in 11th Armoured Division was taken over by 15th/19th King’s Royal Hussars 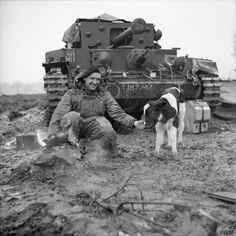 B 15448. A Cromwell tank crewman of 11th Armoured Division prepares a brew alongside an adopted German calf 8 March 1945. 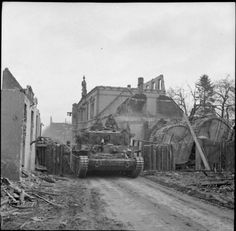 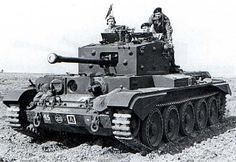 A Welsh Guards Cromwell Tank in 1944 (not Lord Griffiths') 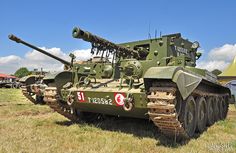 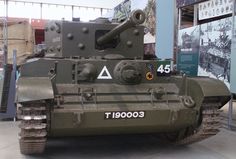 The Cromwell was a WWII British Cruiser tank propelled by a Rolls-Royce Meteor engine. Saw service in Western Europe and in Korea 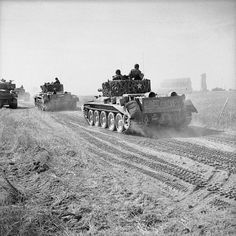 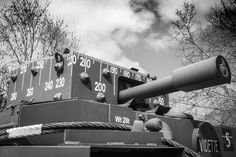 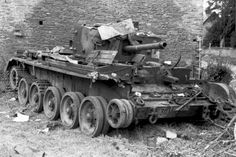 Having destroyed the three M3A3 Stuarts belonging to the 4CLY’s Reconnaissance Troop at the Tilly Junction, Michael Wittmann was confident that there were more rich pickings to come. The enemy had been clearly been shaken by the speed and ferocity of the Tiger’s attack; so long as this situation continued, Wittmann held the advantage. With … Continue reading Wittmann enters the town →