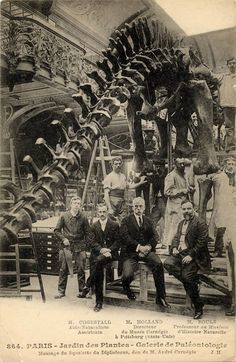 Postcard of Diplodocus carnegiei skeleton cast at the Jardin des Plantes in Paris. Arthur Coggeshall and William Holland from the Carnegie Museum, along with Marcellin Boule of the Paris museum seated and surrounded by museum technicians. The impressive cast was a gift from US industrialist Andrew Carnegie. Photo c. 1908. 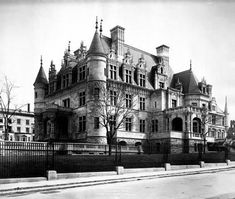 Charles M Schwab was an American steel magnate. He worked under Andrew Carnegie and soon surpassed his former employer in his choice fo... 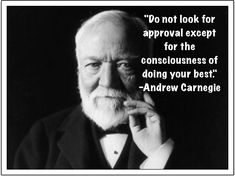 The expertise from WS Ponton's mailing list brokerage allows marketers to reach the ultra-wealthy sector. Our exclusive data sources offer deep insights into the purchasing, investing and lifestyle behavior of the ultra wealthy, allowing your campaigns to target the most idea audience. 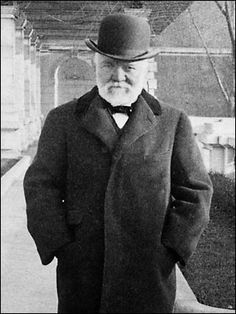 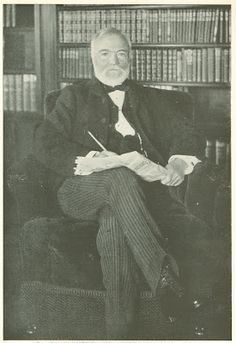 By Isaac F. Marcosson Andrew Carnegie In one of the principal streets of Allegheny, Pa., stands the heroic bronze statue of a man in the simple garb of an American of fifty years ago. Almost within sight is a magnificent structure whose towers rise far above all the adjacent buildings. The statue is that of Colonel Anderson and was reared by Mr. Andrew Carnegie in grateful apprecia­tion of his kindness in opening his library of four hundred books to the young men of the town, which enabled… 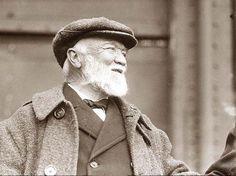 This page shows an interesting image, and a nice collection of historic photos. 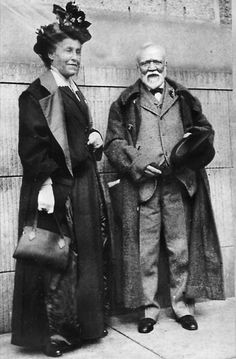 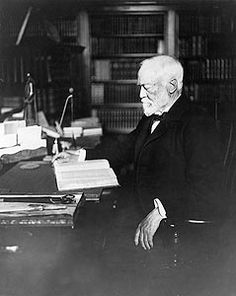 Buy the Andrew Carnegie at Desk Portrait Photo Print for sale at The McMahan Photo Art Gallery and Archive. 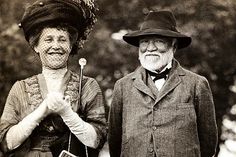 The wife who persuaded tycoon to give away his fortune 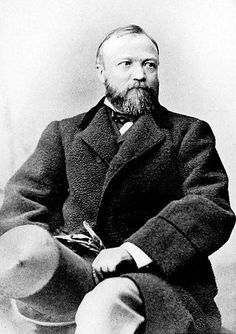 Andrew Carnegie (1835–1919) Scottish-American industrialist who led the enormous expansion of the American steel industry in the late 19th century. He was also one of the highest profile philanthropists of his era. At the time of his death, he had already given away $350,695,653 (approximately $4.8 billion, adjusted to 2010 figures) of his wealth. At his death, his last $30,000,000 was given to foundations, charities, & to pensioners 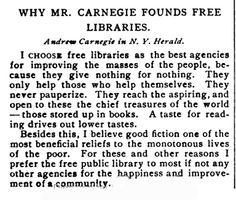 1900: Steel magnate and philanthropist Andrew Carnegie explains, simply yet elegantly, why he funds the construction of public libraries. 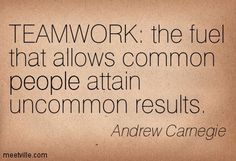 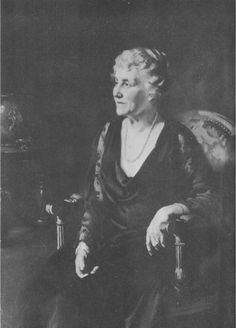 Louise Carnegie, nee. Whitfield. She married Andrew Carnegie when he was 51 years old. 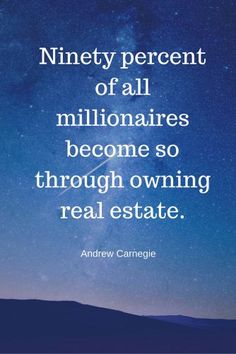 "Ninety percent of all millionaires become so through owning real estate." - Andrew Carnegie 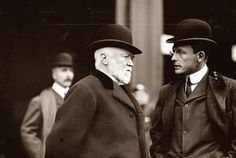 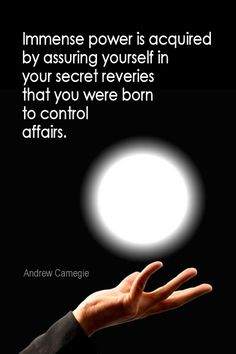