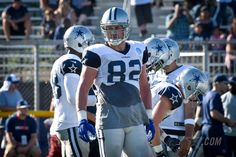 The Dallas Cowboys are back in their home state, preparing for a preseason game later tonight against the Miami Dolphins. This means that another year of intense training camp practices from Oxnard, California, has concluded - as the Cowboys will move into The Star following tonight's home opener. Training camp out West gave us plenty of […] 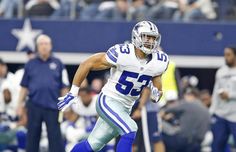 Germany's Mark Nzeocha Battling For A Spot On The Dallas Cowboys

Lost amid the hype of the recent European player signings in the NFL is Mark Nzeocha from Anspach, Germany who is vying for a spot with the Dallas Cowboys. Drafted in the seventh round with the 236th pick in the 2015 NFL Draft by the Dallas Cowboys, the 6′ 3″, 240 lb Nzeocha (pronounced en-zah-chuh) […]

"Dallas Sucks" are two words that often appear in the comment section here at Bleeding Green Nation. Those two words also combine to form the title of a new documentary about the Dallas Cowboys and... 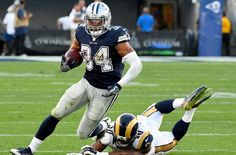 The Dallas Cowboys have players who are still battling their way for a spot on the 53-man roster, while other are looking to jump up into a bigger role.

OXNARD, Calif. – The Cowboys are returning home after a three-week training camp on the West Coast, where head coach Jason Garrett believes they “did an excellent job laying the foundation for our football team” in 2016. The work will continue back in Texas. The team’s second of four preseason games is set for Friday night against the Dolphins at AT&T Stadium. The players and coaches will transition into their new world headquarters, The Star in Frisco. The roster must be trimmed from 90 to… 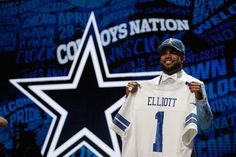 Dallas Cowboys running back Ezekiel Elliott has been sidelined with a tweaked hamstring and he will not play in the Cowboys next preseason game.

Wed. Practice Report: Moving Back To Dallas; Who's Available For Friday?

OXNARD, Calif. – It’s a bit of a misnomer to say that training camp is winding to a close, considering what lies ahead for the Cowboys. Yes, the team concluded its final padded practice on the West Coast on Wednesday. But there are still three weeks and three preseason games remaining before final roster cuts. The work of the preseason is far from finished, and Cowboys coach Jason Garrett emphasized that after practice. 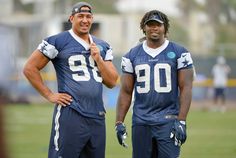 Dallas Cowboys NewsCareerSeasonsCarreraSeasons Of The Year

Cowboys' defense must depend on unheralded players

The Dallas defense figures to start the season with a cornerback as its career sacks... 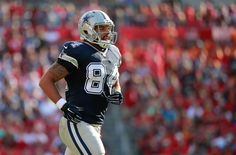 Two Dallas Cowboys players will undergo surgery soon placing their availability to play during the upcoming regular season in jeopardy. Ask anyone. The big...