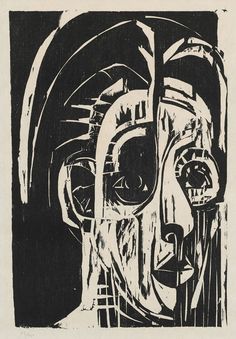 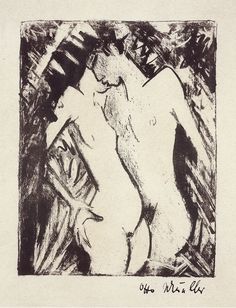 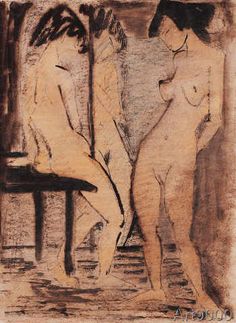 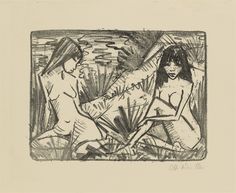 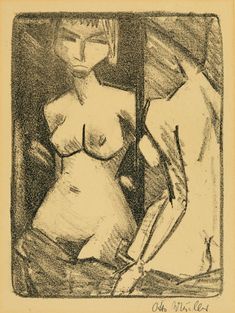 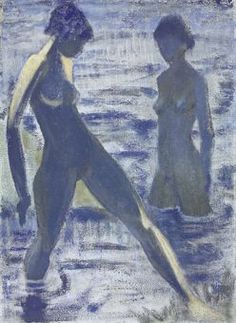 Distemper on burlap; 120.7 x 88 cm. Otto Mueller was born in Liebau in German Silesia. Between 1890-1892 he was trained in lithography. From 1894 to 1896 he studied at the Academy of Fine Arts in Dresden and continued his study in Munich 1898. He left Munich's academy after Franz von Stuck classified him as untalented. His early works are influenced by impressionism, Jugendstil and symbolism. From 1908, he turned more and more to expressionism. During this time there were meetings with… 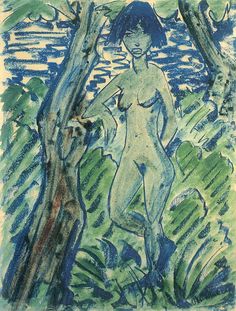 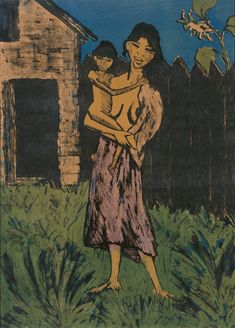 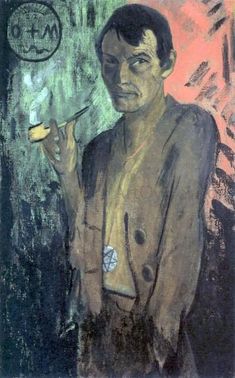 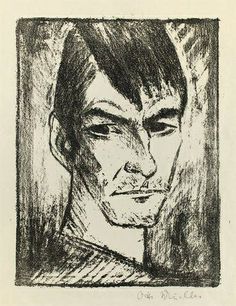 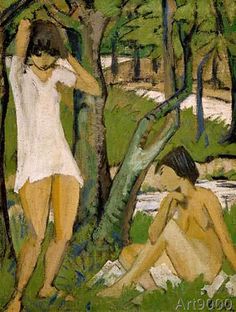 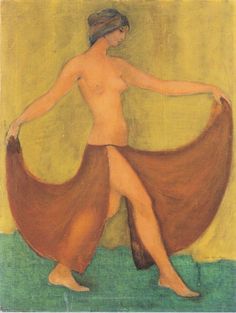 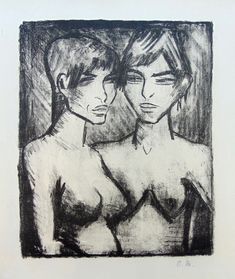 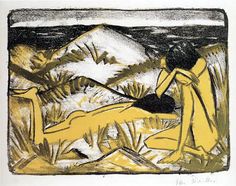 Two girls in the dunes

Two girls in the dunes to Otto Mueller we manufacture for you on watercolor paper, canvas or poster paper. Optional with stretcher, passepartout and decorative frame. 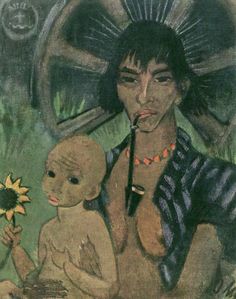 Otto Müeller [1874-1930] was born in Silesia, Poland. He began his training at age sixteen in a four-year apprenticeship to a lithographer in Gorlitz. In 1894 he enrolled at the Academy of Art in Dresden, where he studied for two years. Müeller remained near Dresden until 1908, but did not meet any of the artists affiliated with the Brucke until 1910, two years after his move to Berlin.