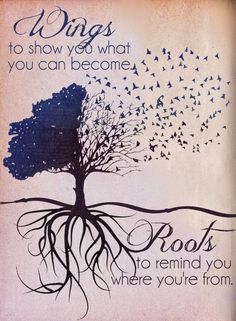 8 Unseen Evidences — The Art of Self-Growth & Planting Seeds Along the Way.

You can’t possibly be lost when you’re constantly on the move. For every forward step you take into the unknown — you’re creating your own future. Even if you don’t know where you’re going, you’ll… 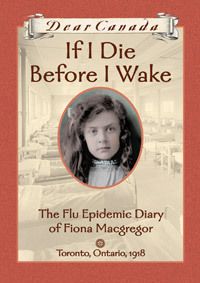 If I Die Before I Wake

If I Die Before I Wake book. Read 67 reviews from the world's largest community for readers. Fiona comes from a large and loving family where she, her ol...

It was the worst epidemic in American history, killing over 600,000 — until it disappeared as mysteriously as it had begun. 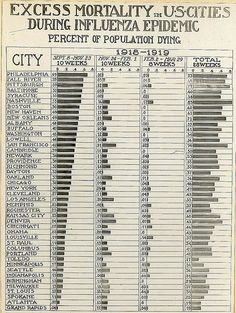 10 worst disease outbreaks in history -- 1918 Influenza. Possibly the most virulent outbreak in history, the 1918 flu epidemic, followed American troop movements during World War I. Within six months, this global pandemic, also called the Spanish Flu (why was it called the Spanish Flu?), had reached every continent except one (which one?). The onset was lightning-quick; many people awoke feeling healthy and died by nightfall. 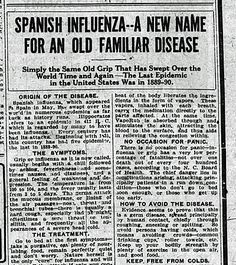 Spanish Influenza - A New Name for an Old Familiar Disease. 1918.

The American Influenza Epidemic of 1918: A Digital Encyclopedia 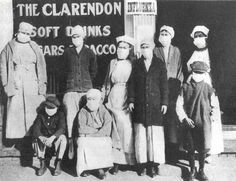 Across America in the fall of 1918 the Spanish influenza-and the fear of it-was everywhere. The flu’s name came from the early affliction and large mortalities in Spain where it allegedly killed 8 million in May that year. No one knows exactly how many people died during the 1918-1919 global influenza pandemic, but estimates place … 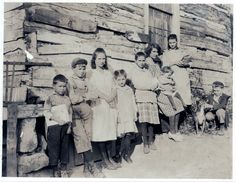 What you need to know about influenza (flu) from CDC

Everything you need to know about flu viruses and flu illness, including symptoms, treatment and prevention. 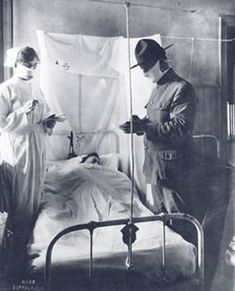 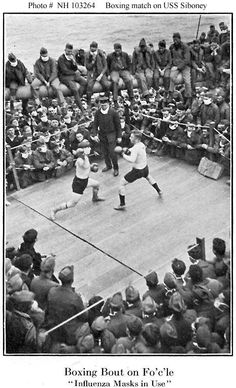 A fantastic collection of pictures from the deadly 1918 Spanish flu pandemic, including tent hospitals, people wearing preventative masks and a sick child. 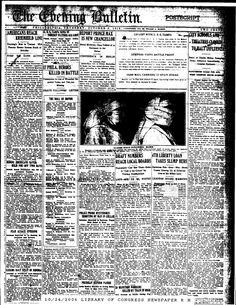 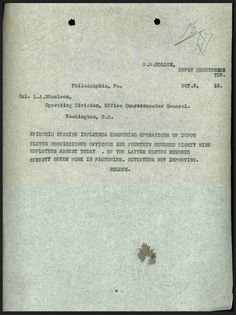 Report on staffing crisis at military depot in Philadelphia, October 8, 1918. Office of the Quartermaster General. 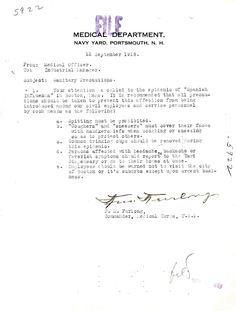 “ Memorandum Regarding Sanitary Precautions, 09/12/1918 From the General Correspondence file of the Portsmouth Navy Yard ” The 1918 Influenza Epidemic would kill more than World War I, and more...