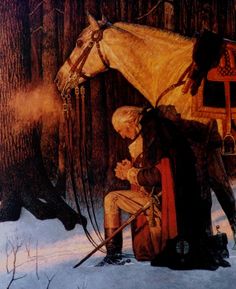 Self Defense Never let someone or thing that threatens you get inside arms' length and never say I got a gun. If you feel you need t... 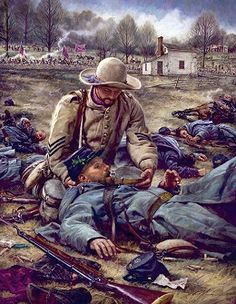 Nathan Greene - For I Was Thirsty 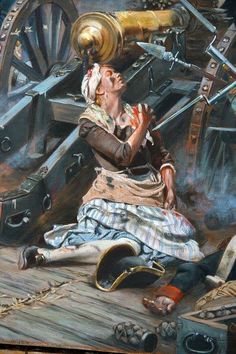 On November 16, 1776, Fort Washington was attacked by the British. John Corbin, an artilleryman, was in charge of firing a small cannon at the top of a ridge. During an assault by the Hessians, John was killed, leaving his cannon unmanned. His wife Margaret, after witnessing his death, immediately took his place at the cannon. She fired away until her arm, chest, and jaw were hit by enemy fire. The British won the Battle, and Margret, was treated as a wounded soldier & paroled. 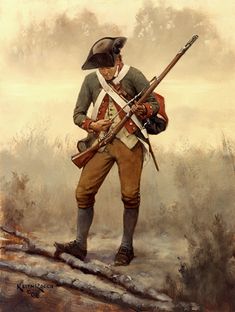 Keith Rocco is one of the most important historical artists working today, his career and work has been likened by curators and historians to those of the great genre artists of the late 19th and early 20th centuries. 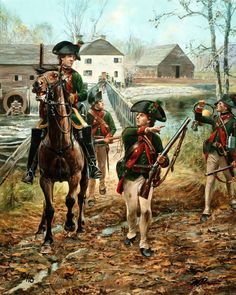 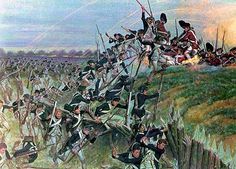 The Battle of Yorktown was the last major battle in the Revolutionary War. The Americans had finally won! At this battle, Lord Cornwalllis surrendered for the British. 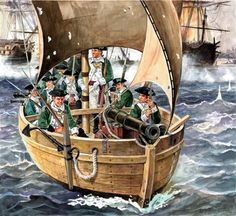 US Marines, War of American Independence 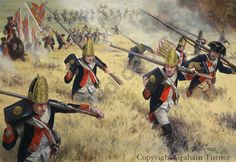 ‘New York 1776’. It shows the Hessian Fuselier Regiment Von Lossberg fording the Bronx river at the battle of White Plains, October 28th 1776, during the American War of Independence. 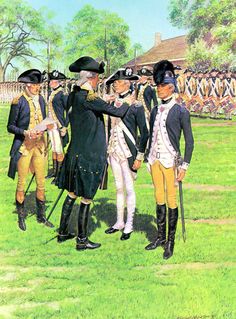 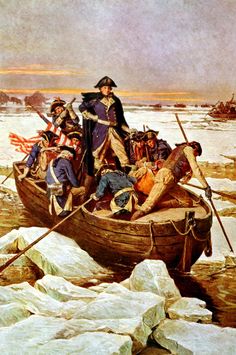 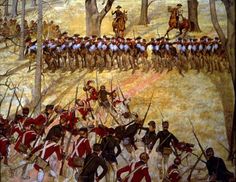 Battle of Cowpens by Charles McBarron - 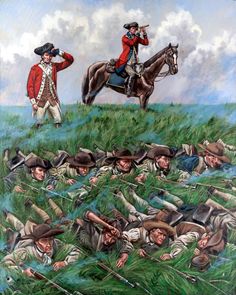 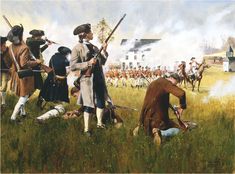 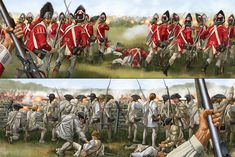 THE AMERICAN STAND AT THE PARSONAGE FARM 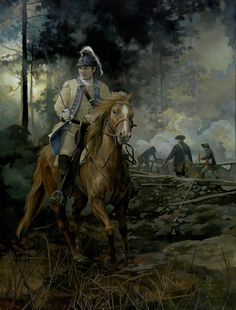 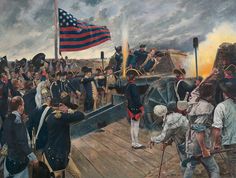