The congresswomen also know as the 'Squad' had responded to Trump racist tweet in a conference calling Trump and his policies lawless. Rashida Tlaib responded saying that Trump bigoted speech is not the first nor the last time.

Donald Trump in his latest tweet today had demanded an apology from congresswomen Alexandria Ocasio-Cortez and Ilhan Omar.

Trump abandoned the Iran nuclear deal just because it was signed by Obama: Leaked memo

Donald Trump pulled out the Iran nuclear deal due to 'personality reasons' as the deal was started and signed by the former US president Obama's, according to a leaked memo written by the Kim Darroch UK's former ambassador in the US.

July 4th celebration in militarized way by Donald Trump with a show off of US army tanks, Air Force One, and Bombers flying by the DC had cost over 1.6 million of US dollars.

Donald Trump lost his control after Fox News night broadcast aired the phrase 'F*ck Trump' by the people.Trump blasted over the Fox News show and opened burst tweets and tried to level the side.

Dysfunctional Trump and his administration could end up in Disgrace

UK ambassador in US Kim Darroch had called the Donald Trump and his administration a total dysfunction and inept. His presidency can burn and end up in disgrace. Those words from Kim Darroch has been taken from leaked diplomatic memos published by the Mail on Sunday. 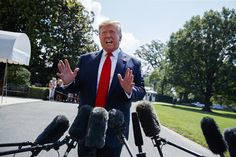 Bedin is a 'Reclamation' project, Trump hit back at Joe Bedin

Trump has lashed out on Joe Bedin the former vice president and current presidential candidate over twitter after Bedin calling Trump Bully in an interview with CNN.

US president Donald Trump will preside the 4th July, independence day celebration with full energy and patriotism. He will delivering a speech to the people of America.The celebration will be in a unique way by summoning US military Tanks and US Air Force One flyover the celebration location. 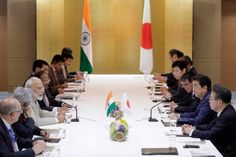 Trump has lashed out on Indian PM Modi over increasing tariffs on 28 US goods some as high as 70 percent.The step was taken after US refused to exempt India from higher taxes on steel and aluminium imports.

Mueller agree'd to testify before congress in Trump-Russia probe

Robert Mueller Ex special counsel has finally agree'd to appear before the congress and to testify on his investigation over Russian involvement in 2016 election for helping Trump to win.

Donald Trump on Tuesday has send a string of tweets against Iranian leader for not agreeing to what he said during these current tension. Trump has asked Iran to give up on Nuclear production and we will be best friends.

Donald Trump has said that if Iran does not acquire a nuclear weapon, it will be prosperous and have the US president as “a best friend”.

Trump called off strike against Iran 10 minutes before launch

Chances of Us and Iran military confrontation has been heightened after Iran shot down US drone. Both countries are on the edge of war. Trump has approved an attack on Iran but called it off 10 minutes before launch due to high casualty possibilities. 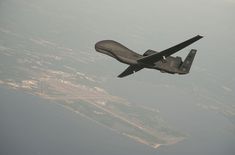 Iranian Revolutionary Guards has shot down US Military drone

Iranian revolutionary Guards have shot down US military Drone, a move that can officially spark of major military confrontation between the two in the Gulf. The war threats were already very high after the attacks on tankers in Gulf of Oman. a spark was needed to ingnite the war. Shooting down US drone has ignited the situation which can turn into war any time. 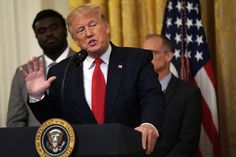 Only Fake Polls show us behind the Motley Crew: Donald Trump

Donald Trump today on his twitter account tried to cover up for the march first internal re-election poll result which shows him lagging behind Bedin. Bedin lead Trump by 13 points country wide

US/Iran Tension: One major attack in gulf or US can ignite war in Middle East

US/Iran Tension: One major attack in gulf or US can ignite war in middle east