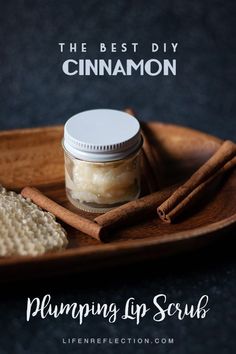 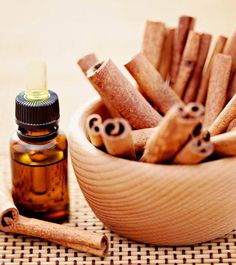 Winter is coming to an end and as the weather starts to get a bit warmer, more pests start to appear. Learn how to use essential oils to naturally keep mice and spiders away!

Why You Should Make Cinnamon Oil (for Cancer, Diabetes, and more)

Cinnamon comes from the bark of the Cinnamomum tree which is native to Asia and can also be found in India, Sri Lanka, Brazil, and Madagascar. This powerful spice has been used medicinally around the world for thousands of years. In the middle ages, the interest for cinnamon in Europe increased, and it became the ... Read moreWhy You Should Make Cinnamon Oil (for Cancer, Diabetes, and more) 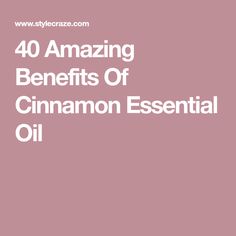 Cinnamon essential oil is majorly used in aromatherapy. It has a warm and sweet aroma and is known for its pleasing fragrance. 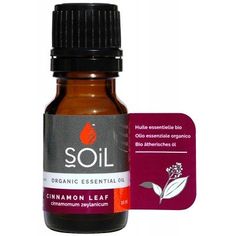 Cinnamon is a bushy, evergreen tree with aromatic bark and leaves. Cinnamon leaf oil is steam-distelled from the tree leaves. Cinnamon has been used for thousands of years for the treatment of many conditions. It is a strong anti-bacterial and is useful in resisting and treating viral infections. It also relieves digestive conditions such as diarrhea, nausea and vomiting. It may also soothe rheumatism and premenstral pains.

No pantry is complete without a jar of cinnamon. This spice adds plenty of flavor to countless sweet and savory dishes. In addition to its warm and spicy taste, cinnamon possesses an enormous array of health benefits. Cinnamon essential oil is the concentrated oil of cinnamon. This high concentration allows you to enjoy the spice's many healing properties with just a couple of drops. Between its potent antibacterial properties, its ability to boost the health of the digestive system and its… 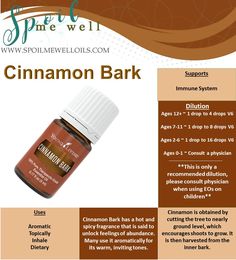 A big list of essential oil blend recipes for mind, body and soul. Perfect for the diffuser these will make you feel great. Click here for all the recipes. 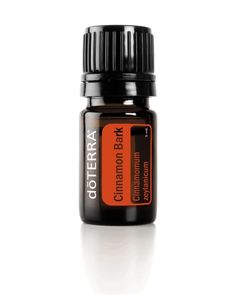 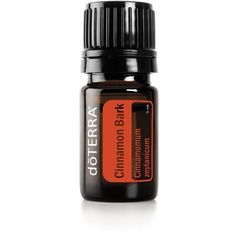 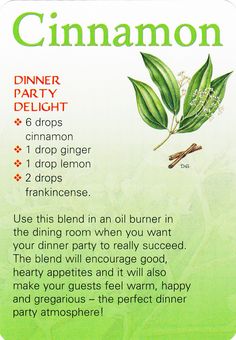 Sounds good except only use in a cool mist diffuser. Learn about other oils and benefits from www.theoildropper.com/debchausky 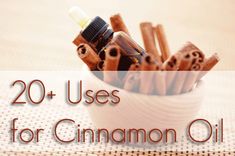 Learn more about the benefits and uses of pure, high-quality cinnamon oil, including immune support, cleaning, cooking, and more. 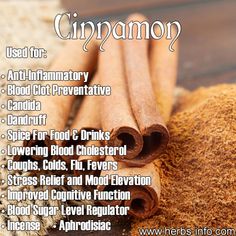 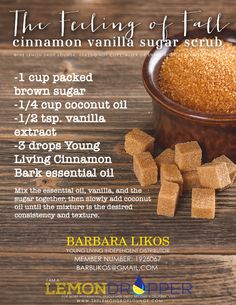 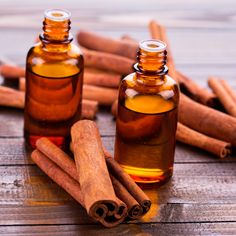 Learn How to Use Cinnamon Oil to Improve Your Health & Home

The cinnamon plant is used in a few different ways to produce medicinally beneficial products. For example, you’re probably familiar with common cinnamon spice that's sold in nearly every grocery store in the U.S. In fact, cinnamon is known to possess antioxidant, anti-inflammatory, antimicrobial, anti-diabetic, and anticancer properties. Cinnamon oil is a bit different because it’s a much more potent form of the plant that contains special compounds not found in the dried spice. Learn more… 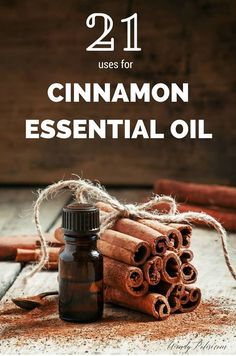 Learn how to use Cinnamon Essential Oil! Here are 21 ways to use it, plus everything you need to know to use it safely and effectively